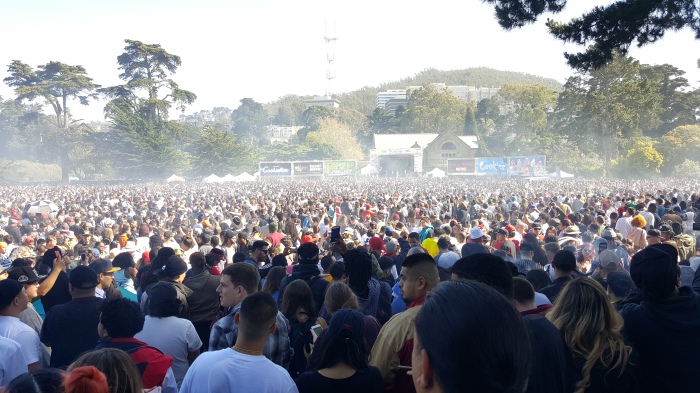 I hope the first month of the 2020s has treated everyone well so far.

Mine has gone nothing short of fantastic. In addition to signing on as LA Weekly’s official new Cannabis Columnist after contributing for a bit over a year, I’ll also be in town to speak later this month at the Cannabis Access Media Conference on the 29th. I’ll be joining Leafly’s California Bureau Chief David Downs, David Bienenstock from Great Moments in Weed History, and VICE Producer Alex Chitty. It should be a fantastic chat.

While I’m in LA, I’ll also be raging with some of SoCal’s finest phenotypes and the folks who grew them. I’m very excited to check out all of the great pot, hit me up if you want to try and meet up the 29th or 30th. But all of that is just a prelude to what’s to come in a few months.

Then I’ll be at the International Cannabis Business Conference in San Francisco. Let me know if you’ll be in town with any awesome pot.

I wont be handling too much of it just to keep everything above bar as head judge, but if you do want to enter any flower, concentrates, or edibles just go hit up Sam Zartoshty on Instagram and he’ll get you sorted.

A bit later in April we’ll have the San Francisco Cup Crawl on 4/20 that I’m teaming up with Emerald Farm Tours for. We’re going to stop at a bunch of historic SF pot landmarks and dispensaries before ending out day at Hippie Hill in time for 4:20. During our travels we’ll figure out who has the best pot in SF for 4/20. We’ll be announcing a bit more on the Cup Crawl in early February.

If you scoop a ticket for The Cup Crawl be sure to use my discount code “WoodsWithTheGoods”.

Also I started working on some personal projects I’m looking to get going this year. I’ll be organizing my strain reviews from the last few years a bit more extensively among other things and trying to get better with the podcast. If you want to support either feel free to join my new Patreon page! We’re already up to $16 bucks a month!

I just dropped a new episode of my podcast today and wanted to share it. I go a little bit into a few stories I’ve been working on in recent months, and also talk about how I put together The Strains of the Decade for Cannabis Now Magazine.

Be sure to let me know your thoughts and thanks for listening!

I got to California in early December of 2009 after fours years of activism on the East Coast. It has been quite the spectacle watching everything that’s happened over the last decade in pot first hand. From the lows of losing Prop 19 by a few points on election night 2010, or the Oaksterdam raid, to the highs of winning in 2016. To be able to see and understand these things through my own eyes so I might tell the tale now and in the future accurately is immensely important to me and I’ll be forever grateful I was here to take part.

And once you get past the challenges longtime providers faced, crazy taxes, and people who thought the bar would be low enough for for them to get a shot in the industry not making it, there is a lot of positive stuff.

There is a lot of great weed. I smelled thousands of jars of different phenos over the last decade personally. As I now walk through the aisles of events like The Emerald Cup or Hall of Flowers these days, I am regularly reminded the highest bar for quality cannabis gets pushed up annually. But there is still a lot of folks missing the mark, and the naysayers will say those boof jars are completely representative of the legal industry.

I don’t buy that train of thought. I look at the flower coming out of places like Alien Lab, Fig Farms, and Ember Valley and what I see is absolute flame. To try and paint the legal market as one giant Mids Fest is a lie, and maybe sometimes the people doing it are just being haters that couldn’t jump through the hoops required to do it again.

I think it’s going to get more and more wild. Some folks who kept their cards close to their chest are ready to play some big hands. There will be a few more survivors yet, and they’ll do it on the back of their awesome pot the market deserves to have access to.

I’m excited to continue hunting the flame. I got to judge The Cannabis Cup and Emerald Cup last year, in addition to putting on my own events with The Transbay Challenge and Desert Smoke-Off with L.A. Weekly. Keep me in loop if you are up to any wild genetics projects. I’m constantly on the lookout for awesome new strains or just amazing phenotypes of the ones we already love!

Also I started a Patreon. If you want to support my personal editorial projects in 2020, all of the resources from that will be going towards camera gear and travel.